The Broch: A True Scottish Icon

Think of Scotland. What comes to your mind?

The stage was set for 10,000 years of Scottish history, and it had everything. Cairns were built, beautiful offerings thrown into the rivers and bogs. Elaborate designs were carved into hewn stone. Our nation began to form. Countless battles and wars were fought with our southern neighbours; those who disagreed with our English oppressors had their heads removed, before the two crowns were united. We discovered, invented and pioneered with the Scottish Enlightenment, and we travelled the world with the British Empire. We cloned a sheep, scored a cracker against Peru and of course, the crowning glory of Scottish achievement – created the deep fried Mars Bar.

But for all of our history, traditions and culture, we are remembered for a musical instrument that is more Persian than Plockton; and despite being proponents of the plaid, the ancient Tartans we are so famed for today is the 19th century scheme of two Polish brothers.

So this may lead some to say – what is a true Scottish icon? And I’d like to take this opportunity to suggest a little-known Scottish phenomenon – the broch! 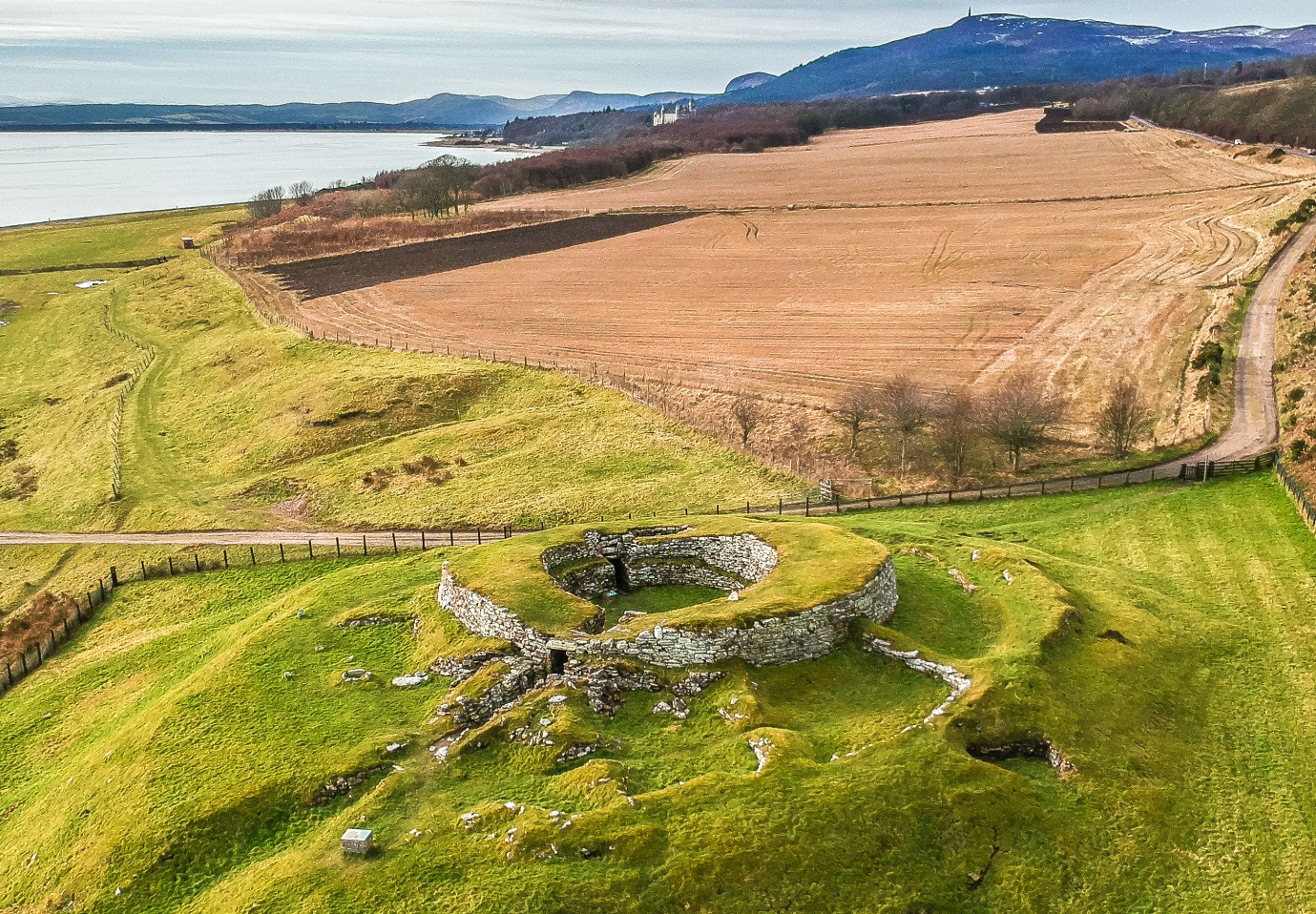 The Broch is an ancient dwelling, built from as early as 500 B.C (and inhabited until 1000 AD), found only in Scotland. Now, the broch is no wooden hut or primitive structure – the broch was an imposing stone tower, a marvel of the Iron Age, described by some as the pinnacle of prehistoric architecture!

Often described as having a ‘cooling tower’ shape and sometimes built upto 50 feet high – a feat made even more impressive considering this was done without mortar – using advanced drystone constructional techniques. It has been argued that given their size, brochs were a defensive structure – perfectly understandable when you see their robust appearance. These buildings most likely housed the ruling elite – these structures certainly were a statement: I’m bigger and better than you! 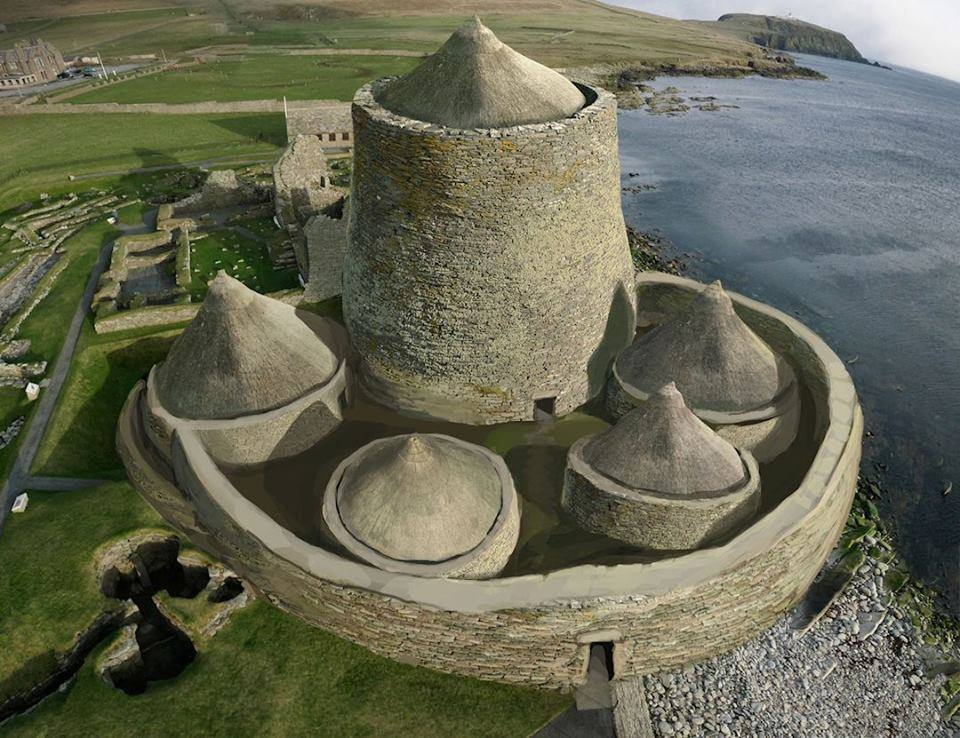 Brochs, however, are still very much a source of wonder and intrigue. Many questions remain over brochs –Why were they built? Were they designed by travelling tradesmen? What was the internal structure like? Why are so many brochs found in the north of Scotland? What do the mysterious carved stone balls found at so many brochs represent?

There are several wonderful and inspiring brochs you can visit on the North Coast 500 route – Carn Liath just outside of Golspie; Dunbeath Broch and Nybster Broch, both located on the historic east coast of Caithness (and make sure to visit the Caithness Broch Centre too!), and the towering Dun Dornigail – replete with triangular lintel – near Tongue. Don’t forget about the broch at lovely Clachtoll, too, which has recently been excavated. 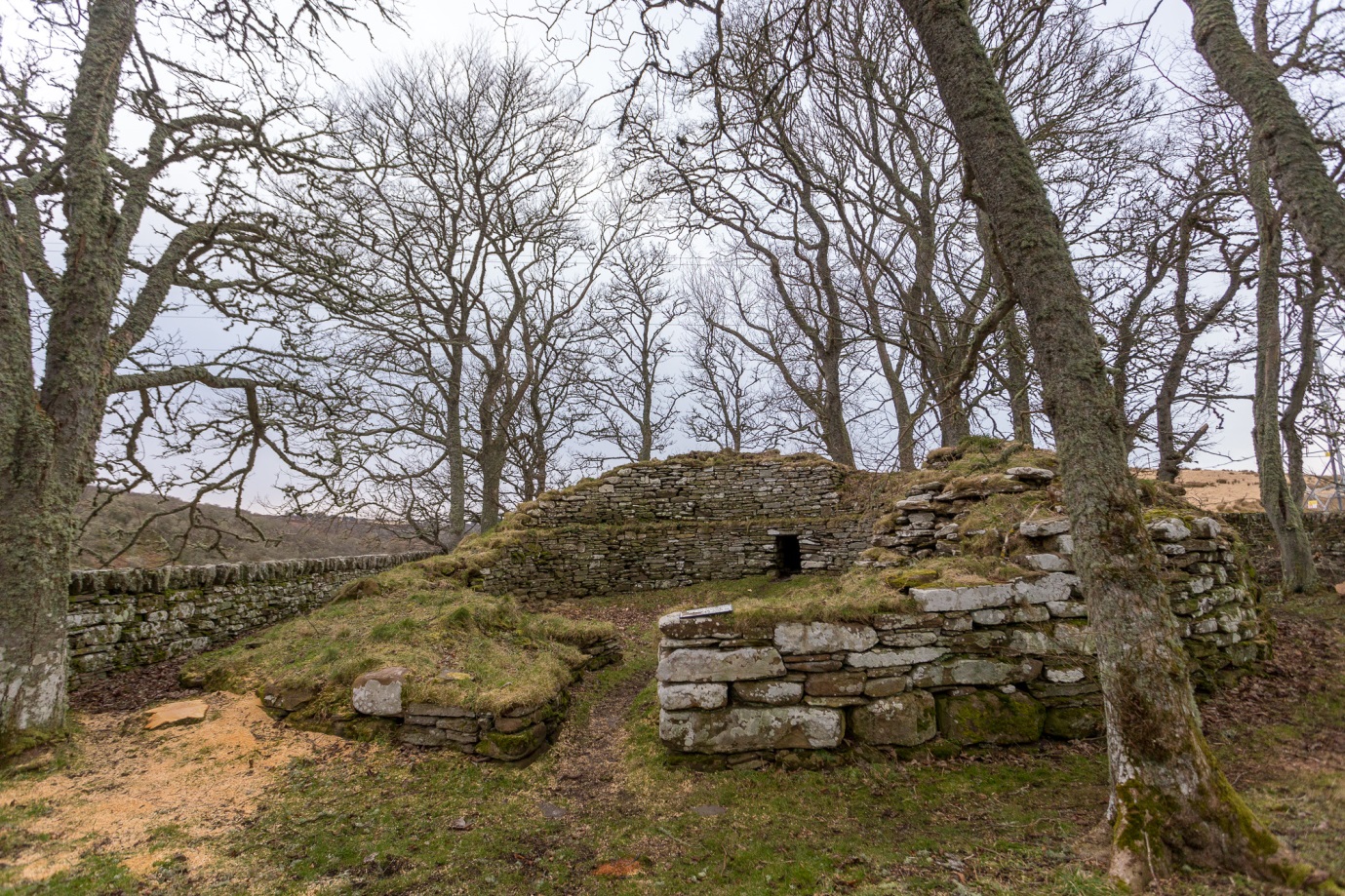 Our ancestors built structures which were big and beautiful, enigmatic and inspirational – now that sounds more like Scotland to me!