Whaligoe Haven is one of the most remarkable harbours to be found in Scotland – surrounded on three sides by 250 feet cliffs, and is reached by the Whaligoe Steps which zig-zag down the cliffside. The natural harbour at the foot of the steps has been a long standing landing point for herring, salmon, whitefish and shellfish, all of which still feature prominently on the menus at Whaligoe Steps Café and Restaurant.

First prospected by Thomas Telford in 1786 who decided it was a terrible place for a harbour, Captain David Brodie then went on to build the steps at a cost of £8., resulting in a harbour which supported 14 herring boats. Follow in the footsteps of the fisherwoman, who used to haul baskets of fish up the 365 man-made steps every day during the booming 1800s, before they were taken on foot to be sold in nearby Wick, some 7 to 8 miles away.

For those who don’t wish to venture all the way down the steps to reach Whaligoe Haven, you can join Caithness Seacoast for a thrilling, fun and educational speedboat trip around the area. 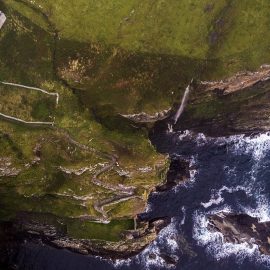 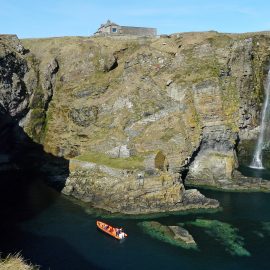 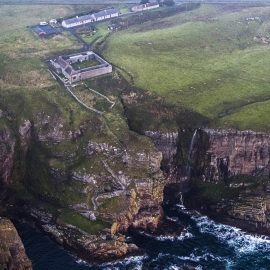