“We recently introduced to you the first ever series of limited edition Aston Martin DB11’s – the DB11 NC500 Edition, and now this is your chance to get your hands on one of the last available examples from Scotland’s only Aston Martin dealership.”

Spring has arrived and now is the time to get thinking about your next car for the warmer days and lighter nights ahead!

Often referred to as ‘Scotland’s answer to Route 66’, the North Coast 500 has turned into nothing short of a phenomenon over the last few years. Attracting tourists from not only Scotland, but worldwide, the route is viewed as being one of the best driving routes in the world and we’re incredibly proud to be official route sponsors of the NC500. 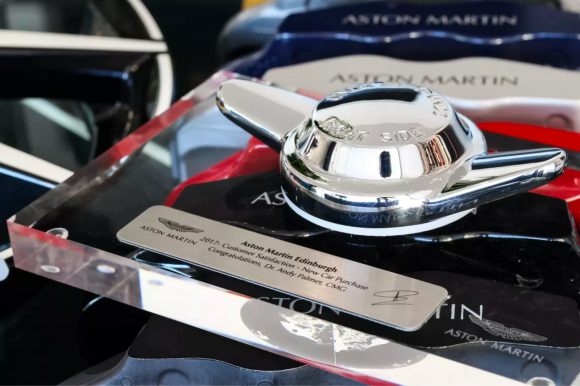 As partners, our first special project was an incredibly exciting one. Working together, with the support of Aston Martin and their ‘Q’ design team, we turned a vision in to reality.

When we first discussed the project, it was essential that the limited edition models differed from previous designs. This could only mean one thing. Six Q by Aston Martin special edition vehicles were created, each named after an area on the North Coast 500 route – Black Isle, Caithness, Easter Ross, Inverness-Shire, Sutherland, & Wester Ross.

We took great care in designing the specification of the cars and wanted each model to relate to the route in some way. The Q Bison Brown leather interior is inspired by the North Coast 500 logo and the exterior Q Seychelles Blue is a close match to the logo, and the same colour as Prince Charles’ DB6.

In addition, Dunbeath Tweed has been added to the sun visors, door cards, seat inserts and the central powered stowage area to provide an extra Scottish touch, and Dark.

Ash Open Pore has been chosen for the interior trim to deliver a much more striking look.

Each car is embroidered to the individual edition and comes with its own sill plate for authenticity – making each vehicle extra special. Moreover, as these cars were built by Q by Aston Martin, each car comes with Q fender badging and a two-piece luggage set in the same leather and tweed as the car interior.

For further information including a video of the DB11 NC500, visit our website.

Click on the thumbnail images below to view an enlargement 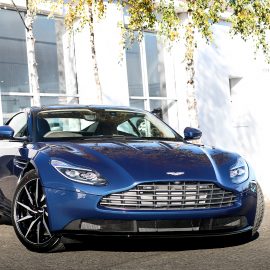 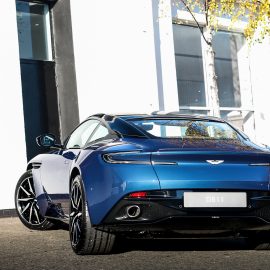 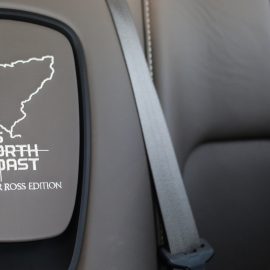 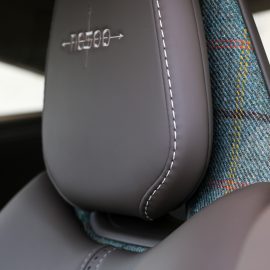 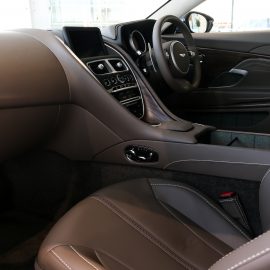 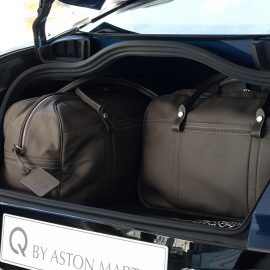 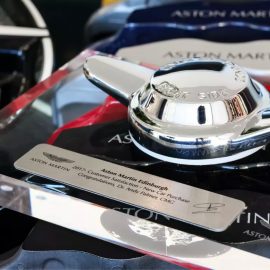