An alternative to cycling the Bealach na ba

As part of Karen Newman’s series on cycling the NC500 – Karen has provided a suggested alternative to cycling the Bealach na ba.

Both the Bealach na Ba/Applecross Peninsula route and the bad weather Cycling Alternative are described below.

NB. I define a ‘significant hill’ as one which makes me, a fairly strong female cyclist, have to stand up out of the saddle to get up it.

Decision point: Tornapress, north of Lochcarron. This is quite an important decision point – in bad weather, it would be best to consider the lower level alternative. Notes and advice about the Bealach for further essential information about weather and cycling the pass can be found here. 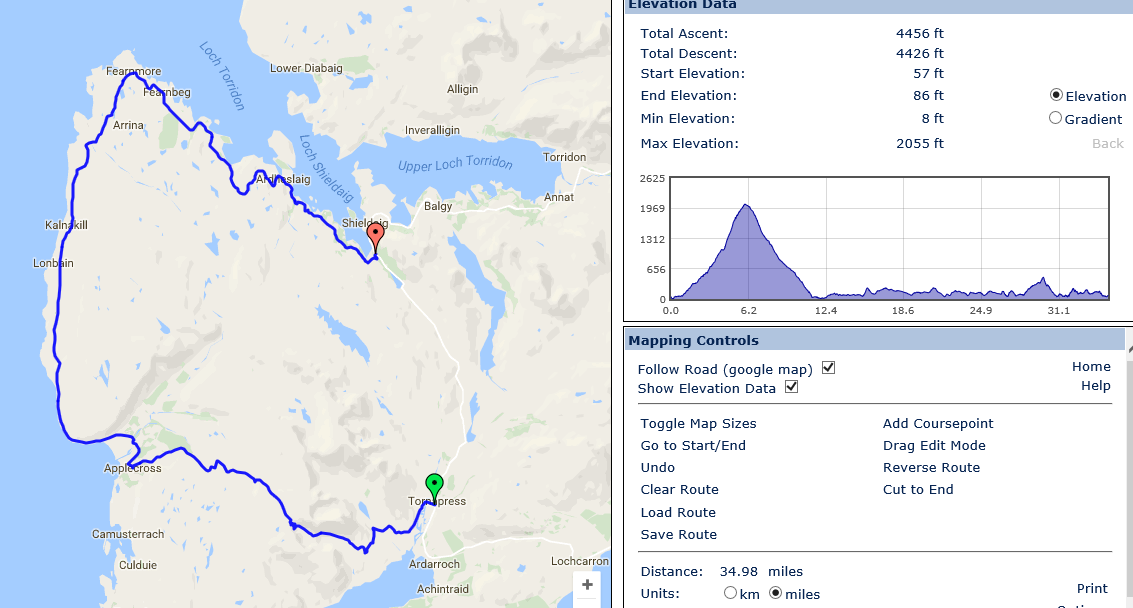 The Bealach na Ba or Pass of the Cattle (known locally as ‘the Bealach’) is a very ‘significant hill’ as described here.

Do not push on over the Bealach in adverse weather conditions – it is potentially dangerous in strong, gusty winds. Tornapress is relatively sheltered and this may lead you to think that the wind speed is safe at the exposed summit of the pass.

The Bealach na Ba will still be there for another visit.

North around the Applecross Peninsula: You may want to consider staying the night at Applecross as what many cyclists consider the most demanding section of the Applecross peninsula is still to come.

The profile above doesn’t show the roller-coaster nature of the 23 miles from Applecross to the A896 south of Sheildaig; see below for a more informative profile which has a more appropriate scale. About six of these hills are ‘significant’. The coast is stunningly beautiful but the cycling can be quite tiring with the effort of the Bealach still in your legs.

There are no cafes or shops between Applecross and Sheildaig so get some food in at Applecross. 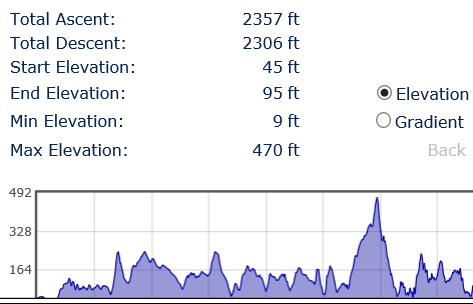 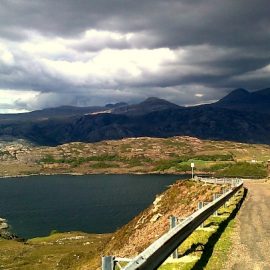 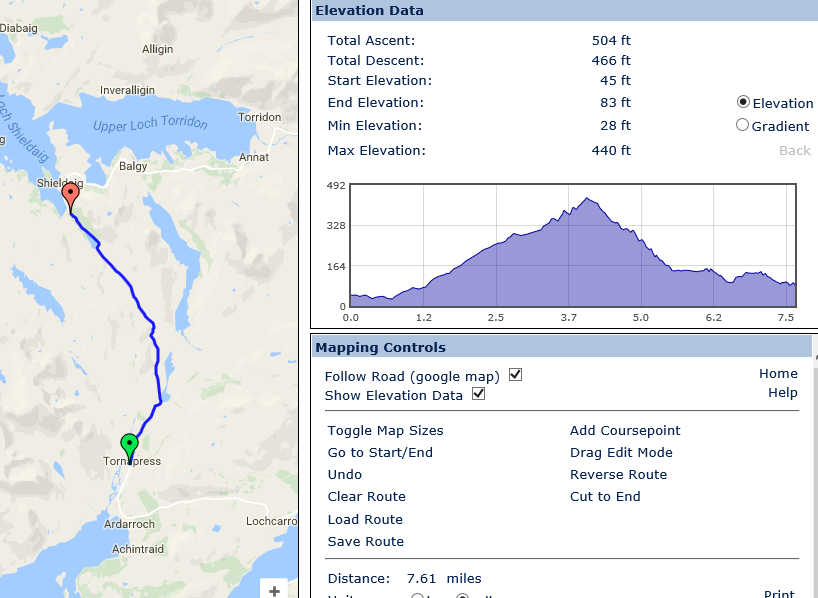 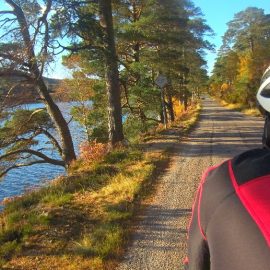 There is only one hill with a gentler gradient up this more sheltered N-S glen so this will be a more prudent choice of route in windy weather. It is also about 27 miles shorter.

Please note: The NC500 Cycling Alternatives are described in a clockwise direction from Inverness. This is the most favoured direction as the prevailing winds in the region are south-westerly. However, in the spring, the area usually experiences northerly or easterly winds so use the weather forecasts to help you choose the direction of your trip.

All distances are approximate and can vary up to 3% depending on which mapping software you use. The route maps and elevation graphs have been plotted using BikeHike.

NB: These NC500 Alternative routes have been put together specifically for CYCLING.
Most are not appropriate for motorised NC500 traffic. Some pass through villages and past farms where children play and cycle back and forth to school and where agricultural activities, such as moving animals on the public road, are carried out. Others may be very narrow, twisty and rough with few passing places

Buy Now
The Rough Guide to the North Coast 500 (Paperback)

The Rough Guide to the North Coast 500

Featured North Coast 500 and Coronavirus – Travel Advice from July 2020 The UK and Scottish Governments’ current advice is to stay at home Read More
Spotlight on Wilderness Scotland Find out more about Wilderness Scotland who offer a range of guided, self-guided Read More Enjoying family time – and pies – on the North Coast 500 A cyclist's journey around the NC500! Read More Bike Shops and Cycle Repairs on the NC500 Route As part of Karen Newman’s series on cycling the NC500 – Karen has provided a Read More Cycling the north/east coast.. Avoid the heavy traffic Read More